The School Choice Movement undeniably forms the centerpiece legacy of the program of “massive resistance” to school desegregation in the United States in the late 1950s. Any white person advocating for school choice policies today is 1.) ignorant of this history, 2.) acting on implicit and explicit racial bias, 3.) openly taking advantage of the opportunity to profit from public funds, 4.) deeply entrenched in a program of self-preservation at all costs, or 5.) some combination of racial bias and ignorance, profiteering, or self-preservation. White school choice advocates should be treated with suspicion at all times, under all circumstances. At the genesis of virtually every school choice policy there is a white man in a power suit. 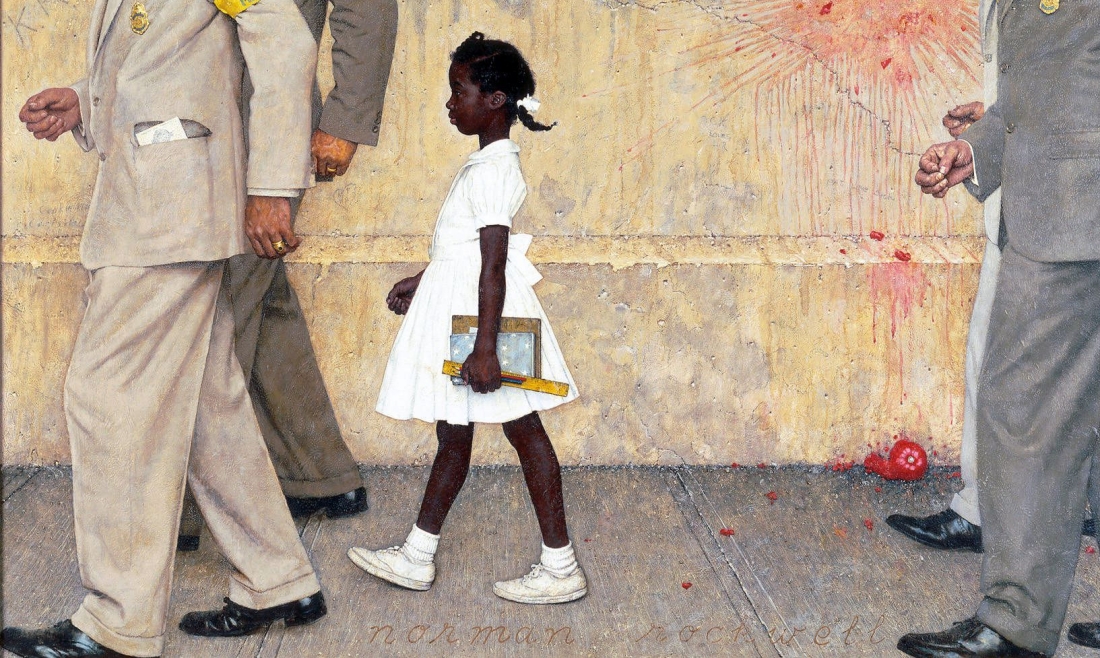 The momentum of the School Choice Movement seems to be waning. Take the Oklahoma School Choice Summit, an annual event now in its third year. The inaugural event in 2017 was met with a considerable amount of hype and an equivalent amount of controversy. In 2018, the crowd was half the size. And just recently, on January 24, 2019, most of the crowd consisted of those who organized the event and those responsible for exhibits from various charter and private schools. One thing has been consistent at all three events; a keynote address by an African American man and well-dressed white men lurking in the shadows, trying diligently not to draw attention to the fact that the School Choice Movement has always been driven almost entirely by white interest.

There are plenty of people of color involved in the School Choice Movement, however, and right wing think tanks like the Oklahoma Council of Public Affairs are adept at keeping this reality at the center of their messaging. BIPOC (Black Indigenous People of Color) as well as Latinx people are highly visible in the School Choice Movement. Criticism of this visibility is questionable. To suggest that white reformers are using reformers of color as pawns is to suggest that reformers of color are not worthy of the visibility they are receiving.

Systemic racism and white supremacy is built into the very fabric of the School Choice Movement, but conversely, white privilege is inherent in the critique of school choice. White reformers are often correct when they speak of communities of color advocating for school choice policies in search of greater equity and autonomy. For instance, black families often seek out application schools (charters and magnets) and avoid underserved urban schools for reasons similar to that of white families; better perceived educational opportunities. The difference is that white families avoiding urban underserved neighborhood schools is necessarily an act of racial aggression. Another difference is that the inequity found in urban school districts has 100% resulted from the actions of white America; namely suburban white flight, “choose your neighbors” realty practices, and gentrification.

All charter schools are problematic. This we know. Steven Singer has argued well that “There is Virtually No Difference Between Nonprofit and For-Profit Charter Schools.” But the motivations that create charter schools vary. White public school advocates should give communities of color seeking charter opportunities the benefit of the doubt. The basic assumption, until proven otherwise, should be that white reformers have nefarious purposes and reformers of color have honest intentions. This is not to say that people of color are incapable of being education reform profiteers. This absolutely is happening! White school choice critics should just be slow to call out the names of profiteering reformers of color.

White public school advocates should give communities of color seeking charter opportunities the benefit of the doubt.

When white reformers call public schools racist, public school advocates should call bullshit. When people of color speak about the racism built into the original design of public schools, white school choice critics should listen intently. The NAACP, the oldest civil rights organization in the U.S., has repeatedly called for a moratorium on expanding public charter schools, but this does not give white public school advocates carte blanche permission to disregard all other dissenting voices of color. Among the voices that white school choice critics should be paying close attention to are Ta-Nehisi Coates, author of “Between the World and Me” and Nikole Hannah-Jones, contributing writer at the New York Times Magazine. This Hannah-Jones piece, “Choosing a School for My Daughter in a Segregated City,” is essential reading for all white educators.

My critique of school choice is made possible because of my white privilege. White privilege is being on the benefiting end of redlining and housing discrimination practices. White privilege is over 200 years of white people controlling the means of and access to proper transportation in this country. White privilege is a policing and criminal justice system that is overtly soft on white middle class crime. And white privilege is my ability to advocate for full support of neighborhood public schools against all reform efforts. It is the kind of white privilege that I intend to continue to use knowing that it does the most to protect and advance civil rights for underserved students across the U.S.

One thought on “White Privilege and School Choice Critique”